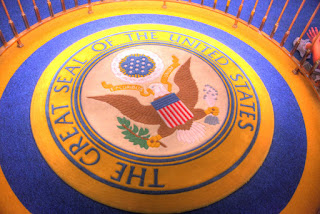 From the time that Walt Disney opened DisneyLand right up through today, US Presidents have been known to visit DisneyLand and Disney World. Starting with Truman, every one of them - except one - has visited a park, and the one still had a connection to Walt himself. A few of the Presidents past had strong ties and shared the love of the parks. I tell you about each one, and mix in some of the Voices of Liberty for you to enjoy.

Notes: Just in time for the 4th of July, its a long form piece about all of the Presidents. When I decided to create this podcast, I was pretty sure most had visited the parks, but it was fun to explore their stories and understand their passion and what they liked about visiting. I wasn't exactly surprised about LBJ, but was glad there was a connection in any case.

The Nixon story was probably the most intriguing because he was friendly with Disney. Reagan is a close second, based on his path crossing Disney's many times. The one that surprised me the most was Carter, and his wanting to know more about EPCOT.


Want to see some of the pics I mention, check them out here -

And here is the audio and story behind the Hall of Presidents:

DDV #74 - audio from the Hall of Presidents (current show)

Posted by Disney Dave at 6:47 PM No comments: 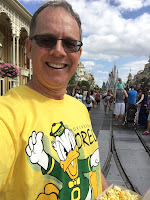 Today's podcast celebrates a milestone - its my 250th show. I tell you a little about this podcast and how its created, some of the fun moments, and tell you which are my 25 most-listened to podcasts.

Notes: I would like to thank all of you for your support through my five years of doing this.  Its a labor of love, but interacting with you is the biggest thing that keeps me going.